Put Angular Web Applications to Work for Your Business 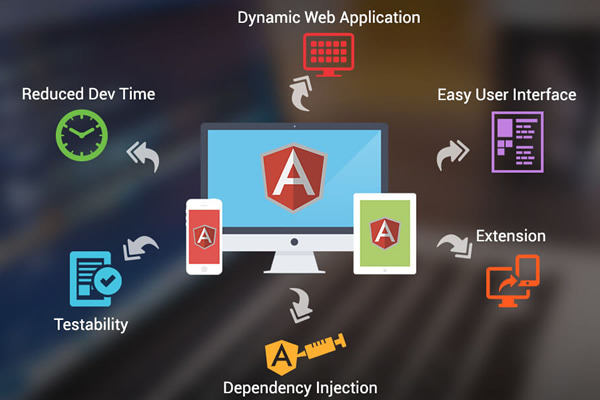 Let’s take a look at why Angular web application development is the most promising framework for you to use, and why Excel SoftSources recommends it for our clients.

Angular has a Robust Selection of Features

If you have chosen to outsource / offshore your web development services, then you are looking for providers who will get the most out of the time they spend, reducing the amount of money you are spending per hour on developers. Angular web application development offers access to a series of tools and components that are already ready-made, allowing the developer to get right to work. Features such as form validation, directives, API client, scope management, and data binding are already set up to run in Angular so that the developers that Excel SoftSources finds for your company won’t have to spend time re-inventing the wheel for your project. Instead, they can get right to work. Angular also makes troubleshooting simpler, which means less downtime for you.

Angular has Support and Backing from Google

When it comes to big names in IT support, none are bigger than Google, which has agreed to step in and work on the quality of the framework. Angular web application development can rely on the solid code base that Google will provide, making sure that the framework will provide the right support that they need.

Angular Uses a Declarative Interface Based on HTML

HTML is a declarative language, which means that it is significantly more intuitive when it comes to the user interface than JavaScript is. Angular web application development relies on HTML so that your developers won’t have to worry about spending time on defining what aspects of a program should load first and how the overall program flow should go. Instead, developers can set their own priorities in those areas, and then Angular will take care of the infrastructure. Excel SoftSources has relationships with a large number of developers who have become experts when it comes to using Angular.

Angular web application development does not require the creation of an MVC pipeline for each developer. Instead, HTML is used to define the view. Do you need data binding? You won’t need a developer to enter the data manually. Developers will be able to manipulate screen data at the view level rather than having to go into the controller and make changes. All of these differences mean less code is necessary for the applications – which means that your costs in terms of hourly costs for developers will go down as well.

Reach out to Excel SoftSources to see how we can connect you with a savvy Angular developer today.