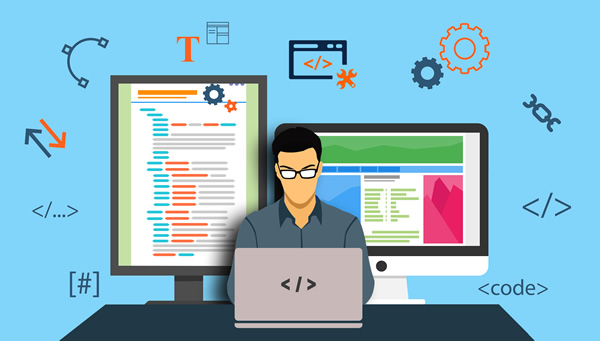 Offshoring web developers and other experts in the IT field is becoming a more and more common practice for North American companies.

Paying people on a contract basis inside the United States and Canada is almost as expensive as hiring them full-time because the hourly rates basically charge the company for the contractor’s costs for benefits on top of what the contractor would have made in salary. Many companies in North America have been able to hire web developers in Costa Rica, and a lot of the best success stories have come from working with us at ExcelSoftSources.com. For those who still are looking for the right company, though, take a look at some things you should look for when choosing an offshore web development firm.

This is a red flag, whether you are looking to hire web developers in Costa Rica or elsewhere in Central and South America. Any web developer who is only willing to talk to you via email or “live chat” is using the Internet to hide some facts about his or her company. If no phone number is available, does that mean that the developer is running the company out of his house – without even a dedicated phone line for the business? You deserve to work with a company that is solid enough to have a legitimate business infrastructure – and Excel SoftSources has that and much more to offer clients.

Don’t Deal with Companies that Refuse to do Customization Work

If you go to hire a web development expert in Costa Rica and they don’t want to take customization jobs, then you are likely dealing with a company that does nothing but put together basic sites using platforms such as WordPress, using plug-ins and themes that either come as part of the free package or that they purchased once and want to keep using with as many clients as possible. Why would you pay someone else to do something that you could easily do yourself? When you want to hire a web developer, you are looking to work with someone who has more expertise than someone working his way through the free WordPress tutorial.

Don’t Sign Contracts with Developers Who Don’t Have a Lot of Questions About your Business.

Companies that are going to the trouble to hire web developers in Costa Rica or elsewhere deserve the individual touch that will come with a fully customized website. If developers do not want to know much about the scope, scale and mission of your business – and especially if they do not want to know much about what you expect from your website, then they’re likely planning to use the same turnkey process that they have used with other clients to give you a website that will look and feel a lot like the other websites they have made, instead of giving you the custom look that you expect to augment and match your branding. You deserve better – and Excel Soft Sources can give you better.